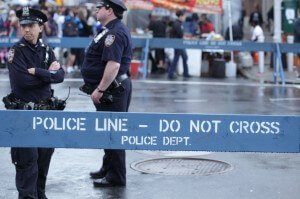 Brooklyn is New York City’s most populous borough with an estimated 2,621,793 residents as of the last census. If Brooklyn were an independent city, it would rank as the fourth most populous city in the United States.

Act now to consult with Brooklyn Criminal Defense Assault Lawyer Troy A. Smith and learn how to best protect your rights in the event that you or a loved one is accused of assault.

Brooklyn Criminal Defense Lawyer Troy A. Smith has specific and extensive knowledge in drug crime defense. Troy Smith has served over 21 years as both a prosecutor in Brooklyn and as a defense lawyer in drug crimes giving him an invaluable perspective.

A momentary lapse in judgment has the potential to penalize you for a lifetime. In these instances, you need a Brooklyn DUI Lawyer who will stand up for your rights.

Mr. Smith is widely regarded as an expert in litigating the coercive interrogation techniques used by Brooklyn law enforcement which may lead to a false confession. If you have been charged with a felony where a coercive technique was used to bring about a false confession, Attorney Troy Smith can help.

Brooklyn Homicide Defense Lawyer Troy A. Smith has over 21 years of litigation and appellate experience serving in Brooklyn, the United States Army and as a former New York City homicide prosecutor. Attorney Troy A. Smith has served as lead counsel on more than one hundred trials on charges to include murder, manslaughter, vehicular homicides, and other violent felony crimes and will give you the best chance of defense if you are charged.

Brooklyn Criminal Defense Attorney Troy A. Smith has performed as lead counsel on over a hundred trials involving criminal charges, including Robbery and Grand Larceny. Robbery is considered a felony crime in Brooklyn and all of New York and as such it carries harsh penalties. If found guilty, you could face up to 25 years in prison depending upon the nature of your crime.

New York has enacted some of the toughest weapons possession laws in the entire country. Possession of a loaded gun is considered a Class-C violent felony carrying a mandatory minimum sentencing of 3.5 years in prison. Weapons Defense Attorney Troy A. Smith provides clients with the best representation and the highest quality of defense.

White Collar Crimes in Brooklyn carry harsh penalties in the State of New York with both personal and professional consequences that can potentially follow you through a lifetime. Contact White Collar Defense Attorney Troy A. Smith for only the best in representation.

If you are being questioned or have been charged in connection with a crime in Brooklyn do not say a word to anyone until you contact Brooklyn Criminal Defense Lawyer Troy A. Smith at (718)757-6723, by email at Troy@NYLawSmith.com, or use the contact form HERE.