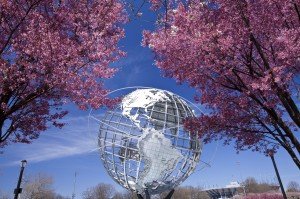 Queens is New York’s largest and easternmost borough located at the western end of Long Island. It’s the second most populous borough behind Brooklyn with a recorded 2,321,580 residents as of 2014. If Queens were a city, it would be the fourth most populous city in the United States and is considered the most ethnically diverse urban area in the world with half its residents being foreign-born.

Queens Criminal Defense Attorney Troy A. Smith has over 24 years of legal experience serving as a criminal defense lawyer, former New York City homicide prosecutor and the United States criminal defense counsel. With Troy’s vast experience in Queens, he is very well prepared to handle your case. He has led counsel to hundreds of Queens Criminal Defense trials including:

Troy Smith’s expertise has garnered him several public appearances to discuss and analyze criminal defense cases such as:

Troy Smith will fight vigorously for your case and ensure your rights are protected as well as your right to a fair trial. Call Queens Criminal Defense Attorney Troy Smith today at (212) 537-4029 for a FREE consultation.

When hiring a Queens Drug Attorney, it’s vital that your hire an attorney with extensive experience in drug offenses. With the increased penalties of Drug Crimes if you do not make the right choice for a Queens Drug Attorney you could be risking your future. Queens Criminal Defense Lawyer Troy A. Smith has accurate and extensive knowledge in drug crime defense. He has successfully represented clients convicted of drug offenses from possession to manufacturing to distribution. With the unique history of Queens Drug Attorney Troy A. Smith you will be in much better hands than of someone who does work daily with those who have been accused of Drug Charges.

The state of New York takes DUI cases very seriously and one momentary lapse in judgment can potentially penalize you for a lifetime. Are you prepared for the penalties you could face if you lose your license or your car? Do you have a plan for how you will take your children to school or get to work in the morning? Not to mention that your future will be seriously impacted by the increases in insurance as well as the stress this will certainly cause your family. In this occurrence, you need a Queens DUI Attorney who will stand up for your rights and work to get you the results that you need.

Attorney Smith is widely revered as an expert in litigation and coercive interrogation techniques used by Queens law enforcement. Often people are very scared when they have been arrested and do not know what they need to do. Once you have been placed in handcuffs and into interrogation, often the police will make you believe that you confessing is the best option whether you committed the crime or not. These techniques have the potential to lead to a false confession. If you or a loved one has been charged with a felony where coercive techniques were used to extract a false confession, Attorney Smith can help.

Queens Homicide Defense Lawyer Troy A. Smith has over 21 years experience serving as a former New York City homicide prosecutor. Having served on both the prosecution and defense side of the courtroom gives him a unique approach to giving those convicted the best counsel possible. If you have been accused of committing homicide, it is important that you contact the most experienced Queens Criminal Defense possible. With Troy on your side, you will have the best chance of getting off of your charges.

Queens Criminal Defense Attorney Troy Smith has led counsel on hundreds of trials including cases of Robbery and Grand Larceny. Robbery is considered a felony in Queens and all of New York and with it carries harsh penalties. If found guilty, you could be sentenced up to 25 years in prison. Merely being accused of Robbery can cause serious stress in your life. When you try to get a job, it can be tough when your interviewer finds out that you have been arrested for stealing. If you have been accused or arrested Call Queens Criminal Defense Attorney Smith for the best defense.

Penalties associated with sex crimes have the potential to follow you through your lifetime. Between registration and the stigma that surrounds sexual assault, it can be very difficult to find gainful employment not to mention the stress an arrest can cause your family. These types of accusations don’t just go away on their own. If you’ve been charged with a Sex Crime in Queens, seek the services of Queens Sex Crime Defense Attorney Troy Smith for representation.

New York enacts some of the nation’s toughest weapons possession laws, carrying with it harsh penalties. Possession of a loaded gun can result in a Class-C violent felony with a minimum prison sentencing of 3.5 years. With the increased penalties associated with weapons charges, it is important that you have the very best Queens Criminal Defense Attorney. Queens Weapons Defense Attorney Troy A. Smith assists his clients in many areas of criminal defense and has successfully defended hundreds of clients who have been accused of illegal weapons charges.

Troy A. Smith became a Queens Criminal Defense lawyer to help people facing life-altering challenges. Attorney Smith will protect your rights and ensure your right to a fair trial. It is important that when you are in a difficult situation, you take a deep breath and keep your wits about you. The most important thing is that you help yourself secure your future by finding the right defense. Call Queens Criminal Defense Lawyer Troy Smith today at (212) 537-4029 for a FREE consultation.

If you have been charged or convicted in connection with a crime in Queens contact Queens Criminal Defense Lawyer Troy A. Smith at (212) 537-4029, by email at Troy@NYLawSmith.com, or use the contact form HERE.