Joe Martinez, 49, an astronomer known as “Jupiter Joe,” has been charged with two counts of murder. Martinez has pleaded not guilty, and his lawyer, Troy A. Smith, says the murder charge “doesn’t make sense,” adding that his client “maintains his innocence.” 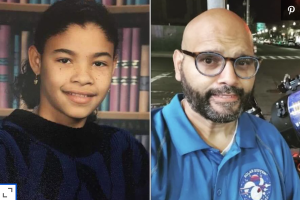 New details were revealed during an arraignment for the suspect charged in the 22-year-old murder of a 13-year-old girl in the Bronx. “The case is pretty unusual in that Mr. Martinez is 49 years old, he has no criminal history,” attorney Troy Smith said. “It’s unusual that a 49-year-old man would have his first criminal contact at this age. He denies these allegations.”

Criminal defense attorney Troy Smith on CBS News Discusses the ongoing homicide investigation and arrest of the estranged husband of the missing mother of five.

Attorney Smith has recently been asked to appear a few times on the Emmy Award winning news talk show Richard French Live. It’s a one-of-a-kind program that includes breaking news, charged opinion and investigative exposés. Counting politicians, pundits and personalities as contributors, ranging from President Obama to the biggest newsmakers from the national to regional level, it is a forum for both lively debate and serious conversation.

Criminal Lawyer Troy Smith appears on Richard French Live to discuss reactions to the public outcry for the lack of arrests in the shooting of Trayvon Martin by George Zimmerman.