Manslaughter in the Second Degree

Manslaughter in the Second Degree

According to NY Penal Code Section 125.15 a person may be found guilty of the crime of Manslaughter in the Second Degree when he or she recklessly causes the death of another person. 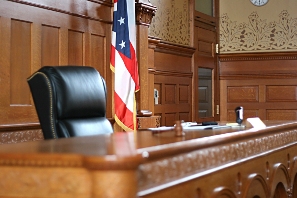 HAVE YOU BEEN CHARGED WITH MANSLAUGHTER?

Manslaughter in the second degree is a class C felony which carries a minimum sentence of 1 to 3 years in prison and a maximum period of incarceration of 5 to 15 years. Very often, people accused of Murder in the Second Degree will attempt to have their charges dropped to the lesser Class C felony of Manslaughter in the Second Degree for the reason that the sentences are lower.

Manslaughter in the Second Degree occurs when a person continues with a reckless act that they are aware of committing, and they consciously disregard the potentially fatal risks involved to others. The risk must be of the type that any reasonable person would not ignore. Although this crime lacks the intention to do others harm, there is within it the knowledge that the activity being engaged in could cause serious or fatal injury to another. If you are being questioned or arrested for manslaughter it is vital that you request to speak to your attorney. Then call New York Manslaughter Attorney Troy A. Smith at (212) 537-4029.

NY Criminal Defense Attorney Troy A. Smith has over 25 years of criminal litigation and appellate experience from his former positions as criminal defense counsel in the United States Army, and a former New York City homicide prosecutor. In addition he has extensive successful trial experience on over one hundred cases as lead counsel defending the charges of murder, armed robbery, vehicular manslaughter, aggravated assault, manslaughter, and others. This experience gives Mr. Smith an excellent understanding of not only the criminal justice system, but also the workings and procedures of the prosecution in relation to violent felony crimes of all kinds.

If you are wanted for questioning, or have been arrested for a violent felony crime including Murder or Manslaughter in the First or Second degree, you need to contact Troy A. Smith at (212) 537-4029, or use the contact form HERE.

New York Penal Code, Sections 125.10-.22, states that there are eight designations for the crimes of manslaughter and criminally negligent homicide:

If you are a suspect, or are being charged with homicide or manslaughter in any aspect, Contact NY Criminal Defense Attorney Troy Smith for help at (212) 537-4029 or use the contact form HERE.