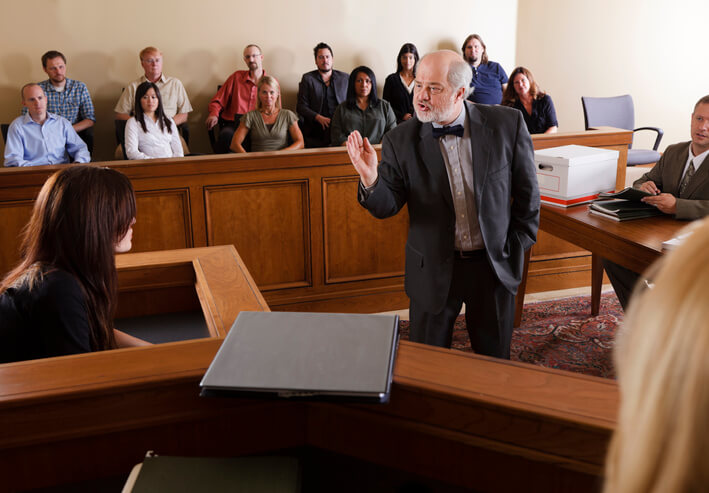 Lead by former Director of the FBI Robert Mueller, the Special Investigation Counsel is among the biggest criminal trials of 2018. Though it is not a trial itself, it has led to the conviction and guilty pleas of many individuals. The investigation began as an attempt to identify any collusion between President Trump’s presidential campaign and Russia.

While the investigation is ongoing, the most notable results are as follows:

He committed his crimes over a decade working with Trump as a lobbyist and campaign member. He agreed to cooperate with the investigation as part of his plea deal but later violated the agreement.

Michael Flynn – Trump’s first national security advisor pleaded guilty to lying about his ties with Sergey Kislyak, the Russian ambassador. He has agreed to work with the investigation and is helping with ongoing investigations.

Chicago policeman Jason Van Dyke shot and killed Laquan McDonald on October 20, 2014. McDonald, a 17-year-old African American was acting erratically and holding a folding knife with a three-inch blade. When the dash cam video surfaced a year later, footage showed the teenager with his back to the officer when he was fatally shot. Van Dyke was arrested the day the footage was released and charged with first-degree murder.

This case hit national crime news back in 2013, when Dzhokhar Tsarnaev and his brother killed three people using two bombs set near the finish line of the Boston Marathon. The bombs were comprised of pressure cookers with nails, bbs, and other fragments within. Later, the Tsarnaev brothers killed a policeman and hijacked a vehicle. The brother, Tamerlan, was fatally wounded in a high-speed chase and shootout with police. On June 24, 2015, the Boston Bomber was sentenced to death.

So why is this one of the high profile criminal cases 2018 has seen? Because as of December 27, 2018, Tsarnaev’s attorneys are seeking to overturn the conviction verdict and death penalty. They claim Tsarnaev did not get a fair trial because his trial took place in the same area where he committed the crimes. They argue evidence of jurors commenting on the case via social media before the case starting and the media coverage affected sentencing. It appears as though this case will develop over the new year.

The biggest criminal trials of 2018 span the crime spectrum. This is one of the most famous criminal cases of 2018, as it involves one of Hollywood’s most powerful movie producers and more than 80 women, including notable models and actresses. Harvey Weinstein was arrested on May 25, 2018, facing six counts of sexual assault charges by three accusers.

However, one of those counts was thrown out when an accuser’s story was inconsistent. That, coupled with Detective Nicholas DiGaudio’s alleged attempts to withhold evidence had Weinstein’s lawyers seeking for a dismissal. Justice James Burke denied the motion, and the case will continue in 2019.

Kody Lott claims he spoke to the devil when planning the murder of Lauren Landavazo on September 2, 2016. In his confession, Lott claims he was angry about not having a girlfriend. Though Lott pleaded insanity and was initially deemed mentally unstable, the trial began after a second mental exam deemed him competent.

Maureen Shelton, the District Attorney for the case, cited Lott’s coherent planning, hiding, and monitoring of the murder for two days after the event. Lott was found guilty and given life in prison.

One of the world’s most infamous drug lords, Joaquin Guzman Loera, is among the most high profile criminal cases 2018 has seen. Better known as El Chapo of Mexico’s Sinaloa Drug Cartel, Guzman was extradited to the United States in the October of 2016. Previous failed attempts can be attributed to his powerful connections in the Mexican government who essentially protected him.

In addition to drug trafficking, El Chapo is implicated in many other crimes, including homicide and laundering money, among others. The trial began in Brooklyn, New York on November 13, 2018, and will continue into 2019.