Robbery and Larceny in New York: The Grand Difference 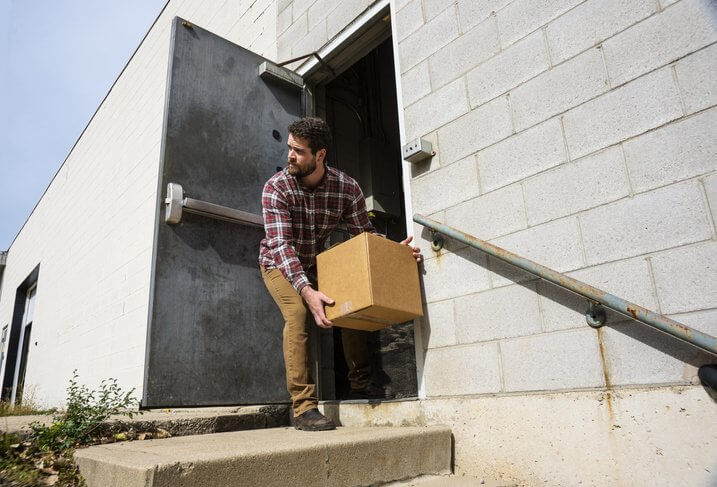 When facing larceny or robbery charges, there are quite a few similarities. It can be difficult to understand the consequences that comes with a conviction. The distinguishing element that separates the two crimes is the added use of force of any kind. Passive stealing without threats, violence, or injuring someone not involved in the crime, is larceny. Robbery is when force is used to compel a victim to cooperate in commission of the larceny in New York.
This can mean delivering property, handing it over, or any other conduct that involves surrendering property.

Larceny can be divided into two categories. Petty theft and grand theft.

Petty theft in New York refers to the theft or larceny of items valued under $1000. A conviction can lead to up to one year in prison and up to a $1000 fine.

Grand Larceny in The Fourth Degree

We categorize grand theft, or grand larceny in New York, by severity. Grand larceny in the fourth degree is for items valued over $1000 or if the item stolen was a:
It’s considered a a class E felony and can come with up to four years in prison. Fortunately, for most first time offenders, prison is an avoidable consequence. This is especially true when you have the right lawyer on your side.

Grand Larceny in The Third Degree

Grand larceny in New York in the third degree is for stolen property or services exceeding $3000. It also includes stealing an ATM machine or stealing from one. If you receive a conviction for this charge, you have the potential to face up to seven yeas in prison. As with a class E felony, you can avoid prison, especially as a first time offender.

Grand Larceny in The Second Degree

Second degree grand larceny in New York, is a class C felony. For someone who is not a first time offender this comes with a mandatory minimum of 4-6 years, and a maximum of 15 years in prison. You can be convicted of grand larceny in the second degree if you have stolen property exceeding $50,000. Theft by extortion also counts as second degree.

Grand Larceny in New York in The First Degree

If a victim tries to recover their stolen belongings and meets physical resistance from the accused, larceny escalates into robbery.

Robbery in the Third Degree

We classify robbery into three degrees: first, second, and third. Third degree robbery is the least severe. It involves using force to steal property from someone else. But does not include the use of a deadly weapon, an accomplice. If you threatened or used physical force to commit the larceny it counts as a third degree robbery. The max prison time for robbery is seven years, but it is possible to avoid with the right lawyer fighting for you.

Robbery in the Second Degree

Second degree robbery always can involve a couple different factors. If you use a gun, an accomplice, there is physical injury, or you steal a car, forcibly. Since it is considered a violent felony, if you receive a conviction you will have to serve a mandatory minimum of 3.5 years. This is a requirement even if it is your first offense. The maximum amount of time you could serve in prison is 15 years.

Robbery in the First Degree

Robbery in the first degree is a Class B Violent Felony. It carries a minimum sentence of five years in prison. First degree robbery includes serious injury to the victim. It also includes brandishing of a serious weapon- such as a knife, gun, blade, or baseball bat. Threatening to use one also falls under the felony charge.
The severity of a sentence depends on a host of factors. They range from whether a weapon was used, to the extent of what was taken. As with most charges, prior convictions are taken into account.
If you are being questioned or have been charged in connection with a robbery or grand larceny in New York, protect your rights. Contact the Law Office of Troy A. Smith at (212) 537-4029 for a free consultation.